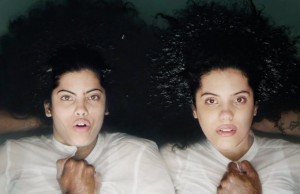 XL Recordings recently reflected on their past 25 years as an independent label with the release of a compilation album, titled Pay Close Attention, late last year. Beyond looking back at their game-changing releases (from Tyler, the Creator, M.I.A., ADELE, Radiohead, and more), XL continues to look ahead with impressive new artist signings from FKA Twigs to Jungle and Kaytranada.

An exciting new name on their roster is Ibeyi. The 19-year-old French-Cuban sisters make music influenced by their Yoruban roots, the directness of hip-hop, and the experimentation of electronic music

EE-BEY-EE – The Mixtape by Ibeyi on Mixcloud